Glamour, it's that word again, last time we looked at glamorous lingerie, but this time I'm looking at glamour in a wider sense. The reason for this is that somebody posted a photo of Sofia Loren on Flickr, myself and another person posted a comments to the effect that women form that period (early1960's I should guess) always seemed much more glamorous than women of today. This sparked a reaction from a young lady in her twenties who said that in her opinion women of her age were much more glamorous than the likes of Sofia Loren.

This person is, of course entitled to their opinion, fair enough, but I think she has missed the point, these days, the word glamour, to many has a different meaning. Today the word glamour has more to do with fashion than it did in the 50's and 60's, nowadays a person is deemed to be 'glamourous' if they walk along a red carpet in a posh frock. But that does not automatically say glamour to me, stunning, beautiful, attractive and striking may be some of the words used to describe the person on the red carpet, but in almost all cases, to me at least, it does not say 'glamour'. It would also seem many confuse attractiveness with glamour, a person can also be glamorous but not attractive, or attractive but not glamorous.

The world was, of course, a very different place in the 40's, 50's and 60's, clothing was rationed in the UK until 1949 and many that had lived through the war had developed a skill for make do and mend, clothes were often altered to update or fit another member of the family. Woollens were often taken apart, the wool carefully recovered and then used to knit a new jumper. Sewing and dress making were also common skills used to make the most of what was available. But this was also the time of the Hollywood stars dressed in fabulous clothes, seen at the local cinema, and it was these stars that encouraged glamour in the population. Clothes were expensive, many people just did not have the money to buy similar clothes to the stars, but instead used their ingenuity to achieve the glamour look.

This, I believe is the secret to glamour, it's not about having a dress with a designer label, it's about having a nice dress, well fitted and well finished, it's about having shoes that work well with the dress and compliment it, it's about restrained accessories that add to the outfit and not overpower it. But probably most of all it's about the way you carry yourself, keeping your back straight, walk elegantly, it's about deportment. Add all these things together and you can, I believe, be glamorous.

So do I believe a modern young woman can be glamorous, yes of course they can but they have to dress elegantly. In a recent on line edition of 'Glamour' magazine there was a photo of a young lady wearing a black knitted dress that hugged the body and came below the knee teemed up with white trainers. I'm afraid this did not say glamour to me, attractive, fashionable even sexy maybe, but not glamorous. Trainers, as practical and comfortable as they are, do not do anything for me and certainly do shout glamour. I think the look needs to be more refined, more classy. To some this may mean 'old' well I suppose that points back to earlier times. But there are plenty of very nice modern dresses on the market that can be glamorous, with a bit of effort.

You may not agree with the comments I have made here, well join in the conversation and tell me your thoughts, I would love to hear from you! 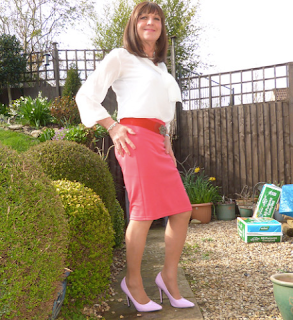 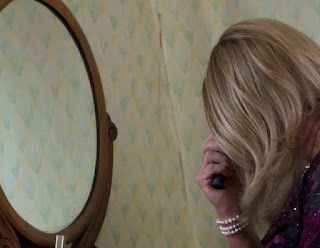 Born Wednesday at 1.40 PM
Weight 8 lbs C/head 14" Length 20"
Weight on discharge 3lbs 8ozs
Now I'm no expert in these things but discharging a baby that had lost over half it's birth weight seems a touch odd to me. However I'm still alive and well so it can't of been all that bad! I am convinced, however that during the pregnancy something did not go exactly to plan. At least the plan people of the world were expected to abide by in those far off days.
So there I was born into a loving fami…
Read more