Lingerie, where has the glamour gone?

All of us girls love lingerie, thats a fact. There is always something special about lingerie, I suppose is is partly because it is the polar opposite of mens underwear. But lingerie these days as lovely as it is, does not appeal to me as much as that of the 50's and 60's. I suppose it is partly because we all like to be a bit nostalgic and imagine that everything was better in those far off days.


Lets have a bit of a history lesson, after the war most of the goods sold in the UK had to conform with the 'Utility' regulations, these regulations were introduced in 1941 to control the amount of material used in the manufacture of products, by cutting out unnecessary use of materials. These regulations covered everything from clothing, furniture, footware, even the shape of the roofs of buses. All had to be designed to use the minimum of materials and at the same time be made to a high quality to ensure a long life. In general as far as I can tell 'utility' products really were good quality. These regulations lasted until 1952 and as a result restricted the availability of more glamorous products.


With the ending of utility regulations and the boom in 50's glamour, lingerie began to enter it's golden age, the advertising of lingerie was all very glamorous and there were still many independent lingerie shops. Part of this glamour was, in my opinion the way lingerie was depicted at the time. Due to rules governing advertising and what was considered to be 'decent', adverts were either line illustrations or heavily edited photographs that made the models look more like mannequins instead or a real woman. This stylised imagery using invariably tall thin models made the products on display somehow much more glamorous  and sophisticated yet within the reach of the customer, assuming they could afford to buy it. Television adverts did not appear in the UK until mid way through the 1950's when ITV aired for the first time. I have no idea when the first TV advert for lingerie was shown in the UK, but in the fifties on into the sixties such adverts had to show what an item of lingerie could do without a woman actually wearing it! The classic Playtex advert for their 'cross-your-heart bra' which featured a presenter, presumably wearing the product although completely covered in a blouse, and a dummy clad with the bra.


The way lingerie was being purchased by the public was changing by 1953 Marks & Spencer were selling 125,000 bras a week and other companies such as BHS were following suit, the small independent shops were slowly disappearing. I remember some of those small independent 'Ladies' shops, the ones I remember were all 1930's style, always small (single unit) shops with a central door and display windows either side, many with typically 30's style curved windows. As a young lad, I never ventured into one of these shops, but was always fascinated by them. There was one very close to where I lived, by the late 60's it was a bit run down, but somehow still managed to carry on. The window displays consisted of a bra or two on display dummies, possibly a corset or pantie girdle and a display of stockings. The background would have been dowdy by todays standards, very dark and grey, with possibly one or two manufacturers posters advertising their wares. The owner of the shop, a woman her fifties I should think, in a light pink blouse, dark skirt, low heels and hair in a bun, with a very stern look, particularly when a young lad was loitering outside her shop!

More and more customers turned their backs on these traditional shops and opted for the likes of M&S and department stores that offered much larger selection of products. Many of the small independent shops only survived as long as they did because of their die hard customers who preferred the intimacy of a small shop as opposed to the openness of a large store. So the die was set, the small shops closed one by one and the majority of women purchased their lingerie from the major stores. The glamour had gone, the once premium product was, for many, just another item of clothing. Today we can buy very acceptable and well made lingerie from any of the major supermarkets, something we would have never believed possible in the 60's. As the value, in real terms of a bra, for example, had diminished so the magic and glamour has evaporated, yes there are still some small independent lingerie shops around, mostly selling high end products, but they are few and far between and those that I have seen lack the intimacy, magic and indeed glamour of the old 'ladies shops' of the past. 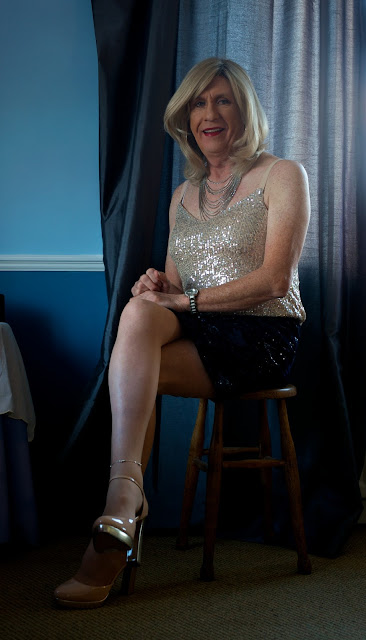